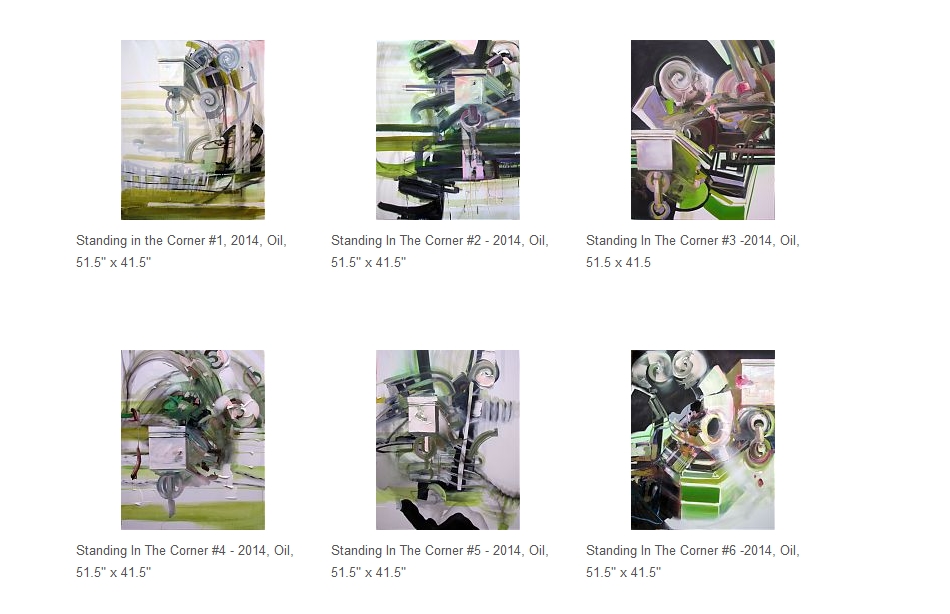 Yvette Gellis, a Los Angeles based painter, combines a fascination with architectural spaces and once celebrated buildings with a highly expressive and ambitious abstraction. Her paintings derive their inspiration from the world in which she lives and works. Her practice often leads her to wander through new places, interiors or cities with their endlessly shifting landscapes, often incongruous, and always progressively changing, She records her perceptions like metaphorical footnotes; the stains, textures, and marks imprinted onto the pavement comprise the passing of thousands of feet transformed into a mind map of daily life.

She records this visual information as if collecting crime scene evidence, often assembling digital images for reference later on. The tally of information and her initial response to these stimuli are then sifted through and absorbed. Finding that balance between the restraints of representation and the vast ambiguities of abstraction is a process in constant flux, where formal concerns tether to a more chaotic impulse within the work itself. Her relationship to these images is derived and ultimately synthesized through her connection to the visual world. This complex relationship is played out viscerally onto the canvas, as Gellis cuts loose with a variety of medium- acrylic, pencil, oil, charcoal etc- to hit the viewer with the immediate, visceral pleasure of pure abstract painting. Precisely structured lines and images coincide with graffiti like explosions of crayon and charcoal, depicting exaggerated perspectives contrasted with softly hued, nebulous spaces.

In Gellis’s words, “Within my memory are landscapes, containing objects, forms, and spaces, which I deconstruct, resurrect, and change to reflect the fleeting nature of our urban landscape, emblematic of American economic cycle of growth, decline, and rebirth. The structures I set up for painting echo or reiterate the impermanent and mutable states depicted in the painting. Or put another way, painting that is not simply an illusion or picture of an event, but participating in the event itself. While I am conscious of historical precedents, and strive to expand the boundaries of painting, more germane to my approach is the impulse toward intuition. In the end, I try to get out of the way and let the work take on a life of its own.”

Yvette Gellis has exhibited extensively nationally and abroad, and is the recipient of numerous awards, including the Foundation Tenot and UNESCO award in 2014. She recently completed an artist residency at CAMAC Marnay-sur-Seine, France which was the source and inspiration for this body of work.